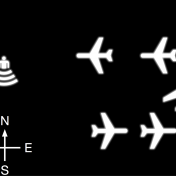 OpenTX Lua Mix Script Description Holds the input value. E.g. Keep a boat on a fixed throttle and rudder setting. Enabled using a logical or physical switch. Up to 4 inputs may be configured. The inputs may be sticks, sliders, switches or channels (any OpenTX input). If an input is… Read more »

OpenTX Lua Mix/Custom Scripts What Is A Custom (Mix) Script Takes inputs such as sticks, switches and channels Selected and configured from the custom scripts screen Produces outputs that can be used as inputs to mixes Used as inputs in the mixes screen Up to 7 mix scripts can be active per… Read more »

OpenTX Lua Telemetry Script Description Displays elapsed time, lap number and lap time. Plays a beep each time a lap is recorded. Speaks the lap number 1st, 2nd and so on till the 16th lap. Speaks the lap time in minutes and seconds. The seconds are rounded to the nearest… Read more »