The main model setup screen. Most of the settings on this screen do not relate to controlling the model. A couple of the exceptions are the trim steps and the  trainer settings. 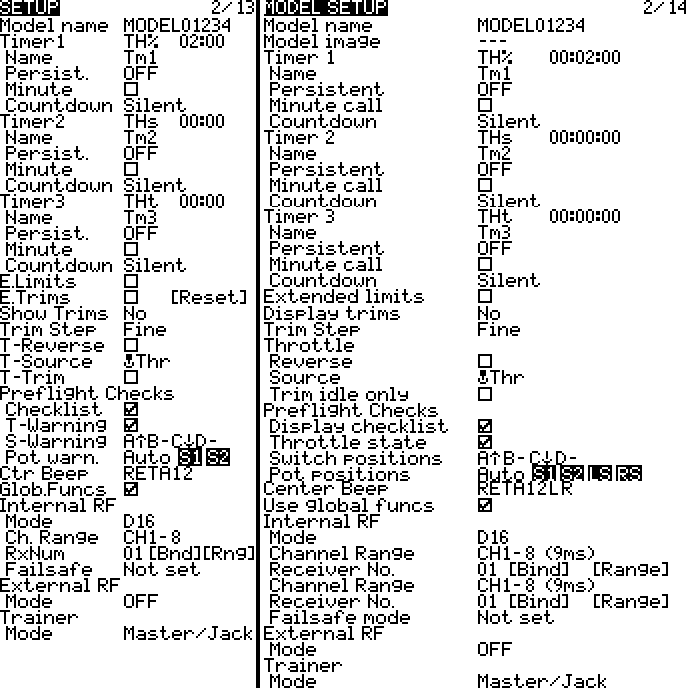 Three timers, that can count either up or down.

Usual trim range is 25% of the stick range. This enables the trims to cover the entire range.

Controls the amount by which the trim value changes with each trim press.

Selects what the timer triggers (THs, THt, TH%) are linked to.

Changes the behaviour of the throttle trim so that the trim now controls the offset from -100% to -51%. This is used with internal combustion engines to control idle. 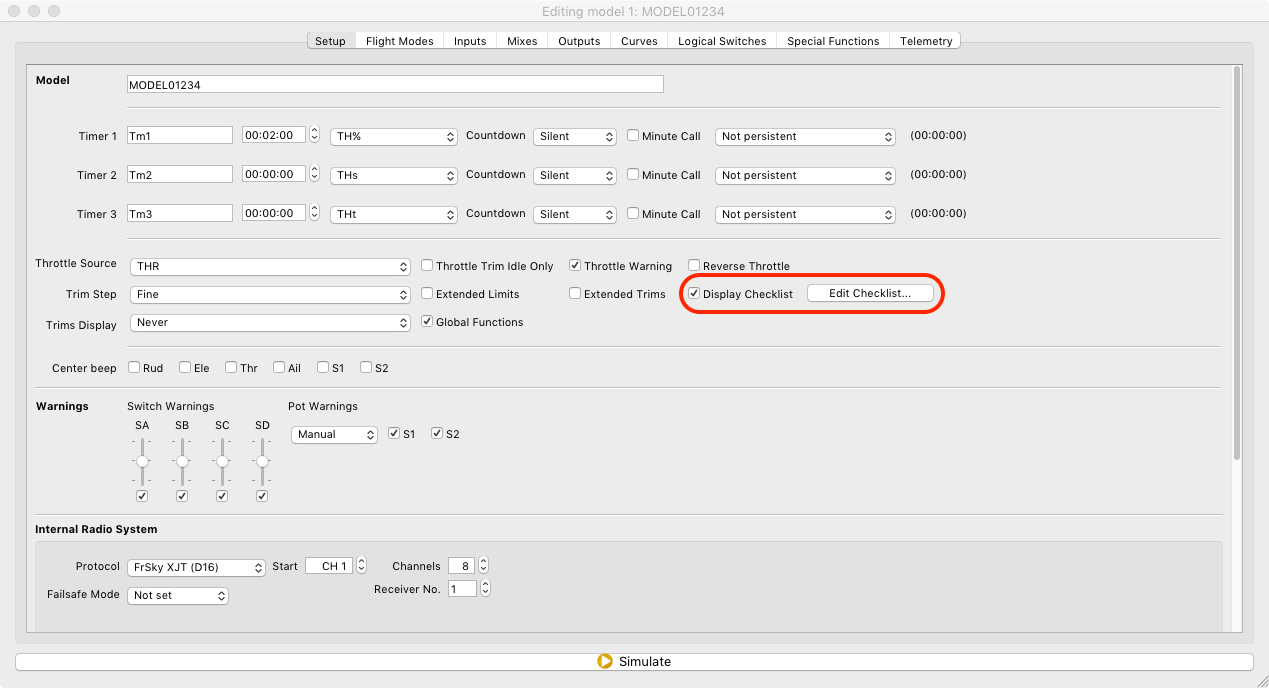 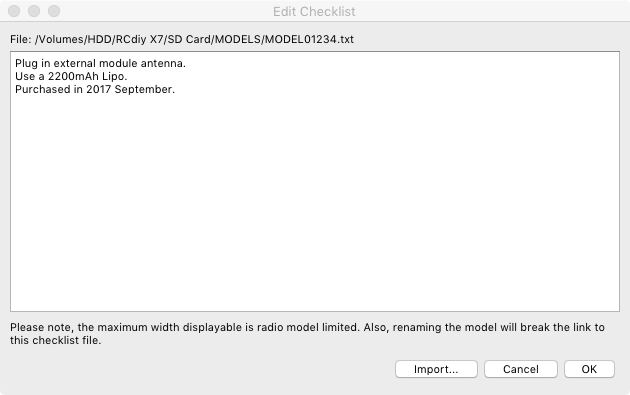 The transmitter beeps when the sticks, knobs and sliders enter or pass the center point.

The radio module inside the transmitter. For FrSKY transmitters this is an XJT module.

The EU version of the firmware does not have the D8 option.

Choice of which of the radio’s internal channels are actually transmitted over the air. Choose any starting channel number and up to that number plus 15 for the second number.

The least delay is obtained by using a channel range of CH1-8.

The FrSKY protocol (PXX) and XJT RF module send 8 channels in each frame. Each frame is 9 milliseconds (ms).

Updates are delayed by at least the frame size delay. The total delay is:

Read this thread on the OpenTX GitHub issue tracker for more on observed latency.

Watch this YouTube play list by Drone Mesh in which observed latency results from testing various brands, protocols and channel ranges are presented.

This number is a reference to an ID number that is unique. So two different receivers bound with the same receiver numbers will only respond to the transmitter to which they were bound.

When two or more models on the same transmitter have the same receiver number a warning is displayed.

This puts the transmitter into bind mode.

In RF D16 mode 16 channels are transmitted if the channel range is set to 1-16. The bind option determines if the servo pins are mapped to the first 8 channels or the second 8 channels. Further it also determines if telemetry from the receiver is turned on or off.

While this is useful for two receivers this can be used with just one receiver.

To bind two receivers to be used at the same time use the following basic steps:

This puts the transmitter into range check mode.

FrSKY transmitters transmit to 1/30th of their regular range when in range check mode.

The radio transmitter module in the external module bay. 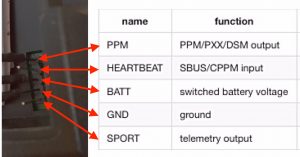 Connect to another transmitter for training. Control of the aircraft is transferred back and forth by the instructor. More…